The two robots wanted to know what caused the other robots to shut down.
While pursuing their investigation, they discovered that it is due to humans who feared robot rebellion and it is necessary to collect and understand human emotional data to remove the virus.

Robots wanted to live with human beings once again, so they wanted to know the human’s feeling.

One robot went outside of the bird cage and went out to look for humans.
To make it possible for robots and humans to live together again, you touch and communicate with the robot and create a new world of science and technology.
This work is created with the tribute to the worldview of “Electric Lolita City” by JH Science.

The BGM was created remotely by connecting Tokyo and Vienna. 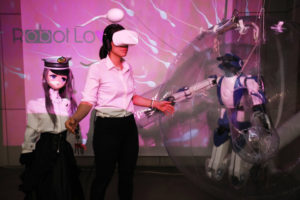 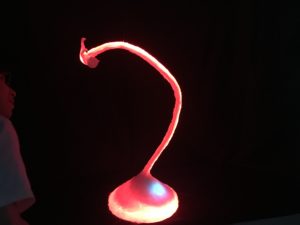